A ‘front seat’ to Chicago for AAJA summer intern 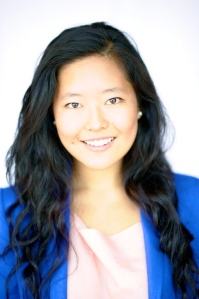 There is no doubt that I have become a better journalist thanks to my reporting internship at Crain’s Chicago Business. And it is all because the Crain’s family treated me as a professional, fully contributing member of the newsroom.

In the ten weeks there, I wrote more than 45 breaking news and enterprise stories and independently produced three videos. I was not stuck doing background research and fact-checking for other reporters. Rather, I joined the newsroom as a principal investigator, responsible for my own stories and taking ownership for my reporting.

My coverage of Chicago’s incredible food scene connected me with executive chefs and restaurant owners at the hottest joints in town. Breaking the news about Chicago Symphony Orchestra’s record-breaking donations landed me an interview with Yo-Yo Ma, world-renowned cellist, who insisted I call him Yo-Yo. My investigation on Divvy rental bikes’ effect on local bike shops was picked up by Chicago Magazine as one of the ’10 Best Stories Chicagoans Should Read This Week.’

(Ironically, a few weeks later, I was run over by a Divvy bike on my walk to work!)

The most formative, eye-opening story I covered this summer was also the most difficult. Chiro One had been one of Chicago’s fastest growing companies, but suddenly it was auctioning off nearly all of its assets. I was tasked to figure out what went wrong – but the company refused to speak to me. I worked one-on-one with Managing Editor Steve Reiss for three weeks to uncover this story.

The highlight of my internship was spearheading the production of three videos for Crain’s Deconstructing Dining series. I researched and wrote the scripts, produced the videos on-site with a videographer, narrated the videos and helped edit the stories post-production.

In one video, Rob Levitt, one of Chicago’s first whole-hog butchers, led me into the world of gourmet beef and pork jerky. Then Goose Island’s master brewers took me behind the scenes in the makings of their Sour Sisters beer collection, aged in wine barrels. I even helped fill some of the barrels with sour cherries for the Madame Rose vintage! The final video, which airs in early September, features the daring snout-to-tail creations at The Purple Pig, such as fried pig’s ears.

Each story opened my eyes to a new facet of Chicago, providing a front-seat to the city’s history in the making and making me fall more deeply in love with the city I called home for three months. I plan on returning.