The Windy City chapter of the Asian American Journalists Association

The Windy City chapter of the Asian American Journalists Association

The Chicago chapter of the Asian American Journalists Association was formed in 1989 by Linda Yu, an ABC-7 news anchor, and David Ibata, a former Chicago Tribune editor. The chapter presents a variety of journalism-related activities, the most important of which are designed to help prepare young journalists for a successful career in the news media. It also promotes diversity programs, offers career advice, works with other journalist organizations, and encourages networking among AAJA members nationwide.

Nader Issa is a reporter at the Chicago Sun-Times, lately reporting on education. He has covered everything from crime, police shootings and high-profile court cases to sports and Chicago alligator hunts. Nader has been a member of AAJA since 2016, attending four national conventions since he joined. Follow him on Twitter at @NaderDIssa. 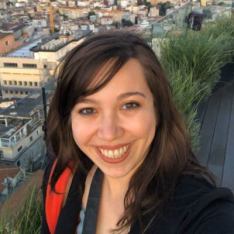 Ariel Cheung is a real estate and features editor at the Chicago Tribune. She previously worked as the dining editor for CS magazine and as a reporter for DNAinfo Chicago, and has written for Plate magazine, Chicago magazine, Block Club Chicago, Time Out, Thrillist, Chalkbeat and USA Today. Her work in Chicago has sent her everywhere from the Cubs World Series parade and the city’s finest restaurants to crime scenes and teacher picket lines. She has been a member of AAJA Chicago since the organization’s college internship program first brought her to Chicago to work for the Sun-Times in 2011. Follow her on Twitter at @arielfab.

Taylor Moore is a financial reporter at Red Ventures, where she writes about personal finance, banking, and fintech for The Simple Dollar, Reviews.com and NextAdvisor. She is a contributing culture critic at Chicago Magazine and a freelancer who has written for VICE, CityLab, Literary Hub, Jacobin, The A.V. Club, In These Times, Chicago Magazine, Chicago Reader and Curbed Chicago. She has been a member of AAJA Chicago since 2019. Follow her on Twitter at @taylormundo.